Customise your Incident Lifecycle to your specific incident management process

Written by Andy Provan
Updated over a week ago

Your incidents go through a lifecycle, for example:

You can customise the lifecycle of your incidents, to match your organisation's process at Settings -> Core -> Lifecycle 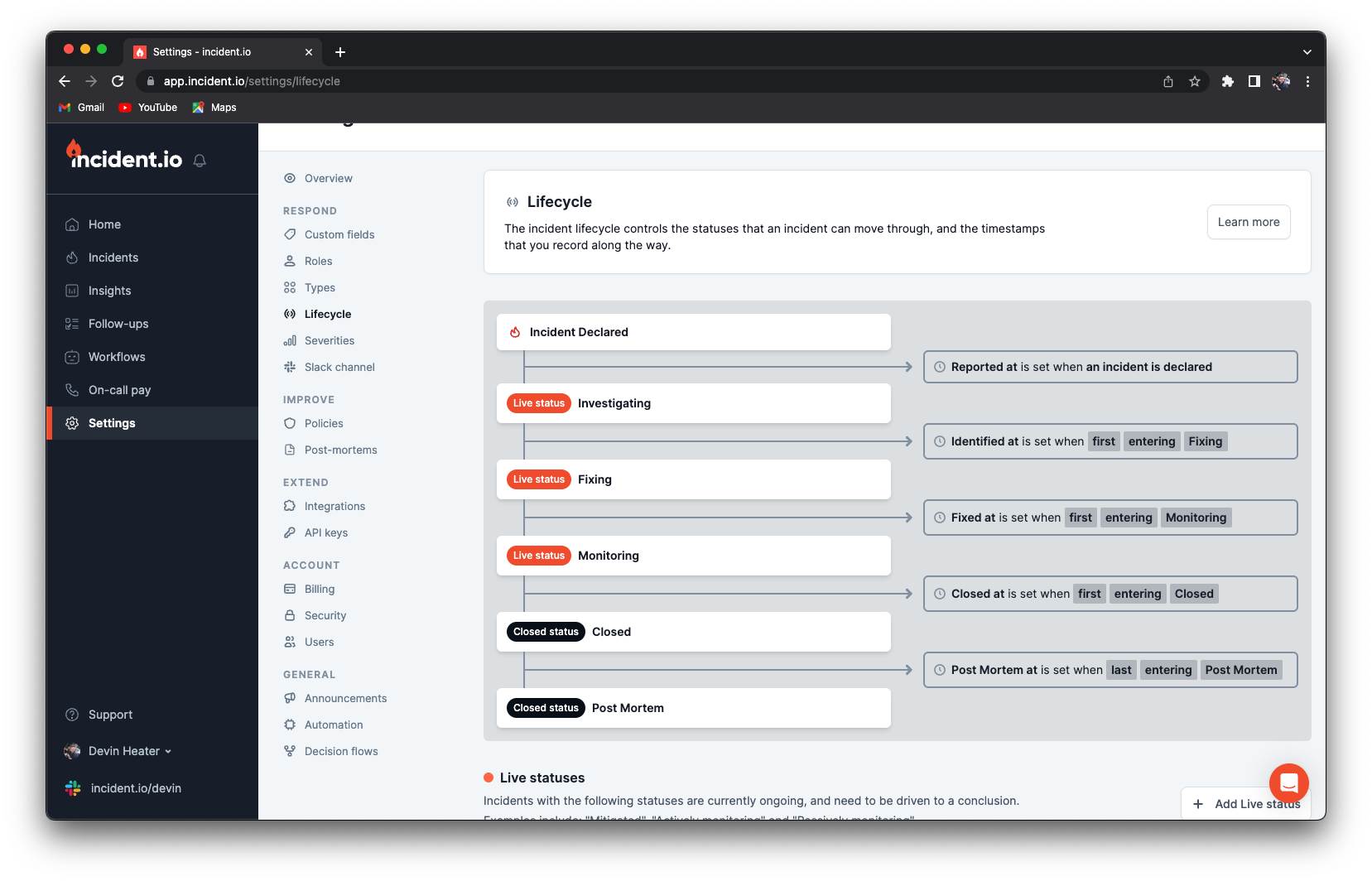 There are two main concepts: statuses and timestamps, which are described below 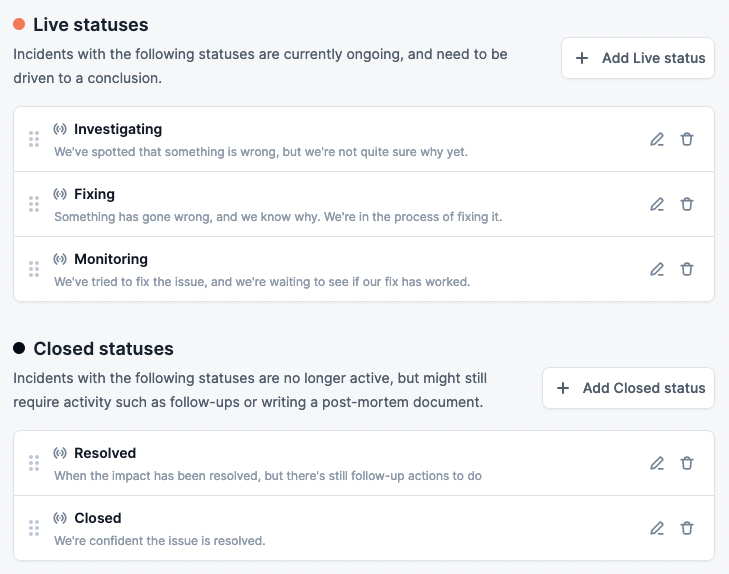 Statuses indicate the condition of your incident at a single point in time. The default statuses are: Investigating, Fixing, Monitoring and Closed.

They are split into two categories: live statuses and closed statuses.

A good example of an additional status could be "Resolved". This would exist after "Closed", to be used when a post-incident review has been completed and all the follow-ups are exported and assigned to teams in your issue tracker. 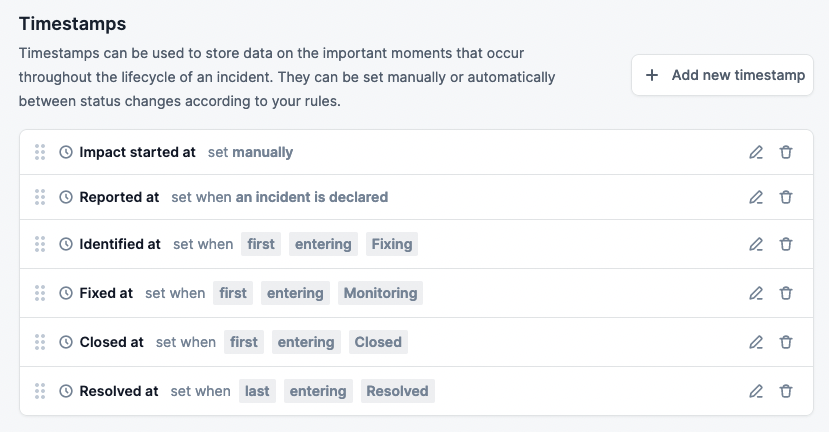 Timestamps are a way to store structured data about your incidents. These are useful for reporting and analysis.

By default, there's a corresponding timestamp for each status. For example, "Fixed At" is set to the first time the incident changed to the "Monitoring" status.

Timestamps can be set in three ways:

Often, the impact will begin sometime before an incident is declared, so a good example of an additional timestamp could be "Impact Started At", which would be manually set by a human. So, if you wish to calculate the time to resolution for your incidents, it would be more accurate to measure from when the impact started, as opposed to when the incident was declared.

Did this answer your question?